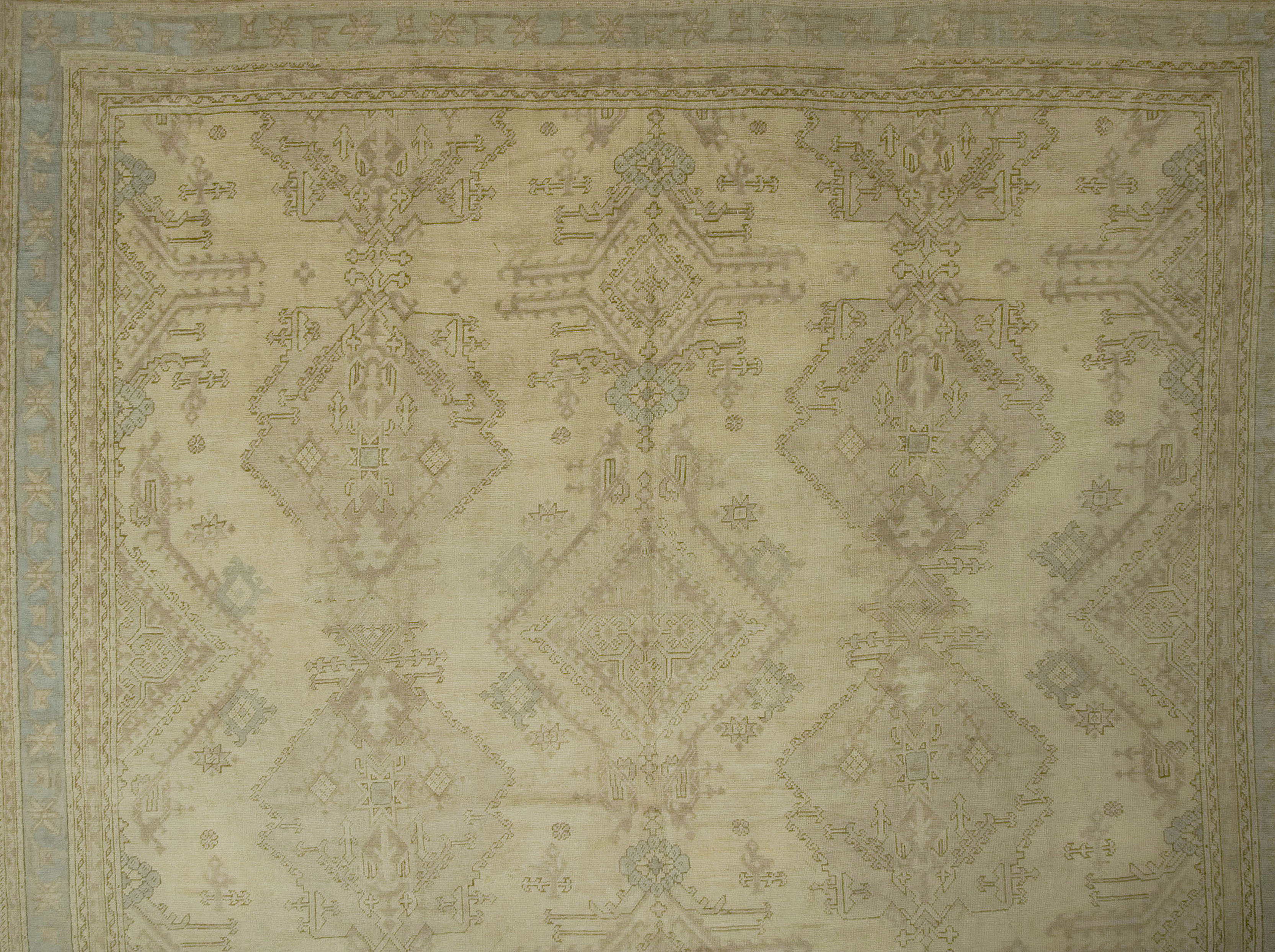 This pattern on a cream ground is descended directly from the 18th Century Oushaks. Three and a half columns of complex enormous palmettes and elaborate diamond shapes fill the field. The half column at the right is unusual in that Oushak carpets are generally disciplined and organized. Only rarely do they have this kind of pattern displacement. Tan light brown and light green are accent colors. Additional color comes from the light blue stripe in the borders. The weave is coarse and the carpet with an all wool foundation is soft and pliable.
Antique Oushaks are known for their soft palettes combined with eccentric drawing. The relatively coarse weaves, here on a wool foundation, mean vinery and branches are bent and broken rather than flowing smoothly, and individual motives develop chunky outlines rather than precisely even edges. The range, imagination and individuality of examples is noteworthy. Oushaks are known for their soft palettes combined with eccentric drawing. Oushak in western Turkey has the longest continuous rug weaving history, stretching back at least to the mid-fifteenth century. It has always been oriented commercially, supplying rugs and carpets, from scatters up to enormous mansion sizes, to both the Turkish/Ottoman domestic markets and to exports into Britain, and America. The best-known family portrait of George Washington has an Oushak beneath the Founder and his family. Doesn’t get more esteemed than that. Of course, the carpets have constantly changed as tastes, trends, styles, and markets evolved. In the late 19th/early 20th centuries, Persian or Persianate patterns were adopted, and dimensions mutated into Western room sizes.