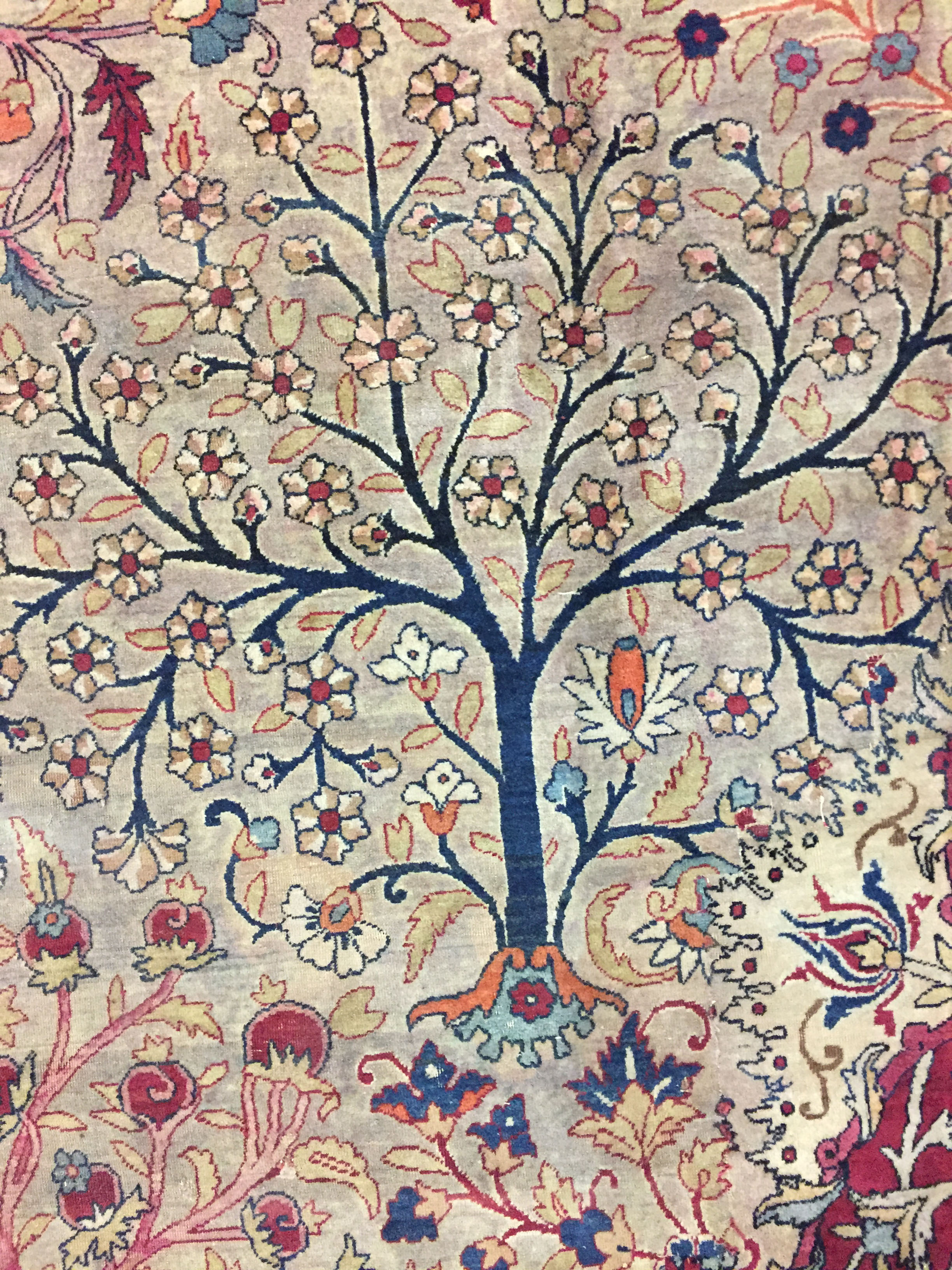 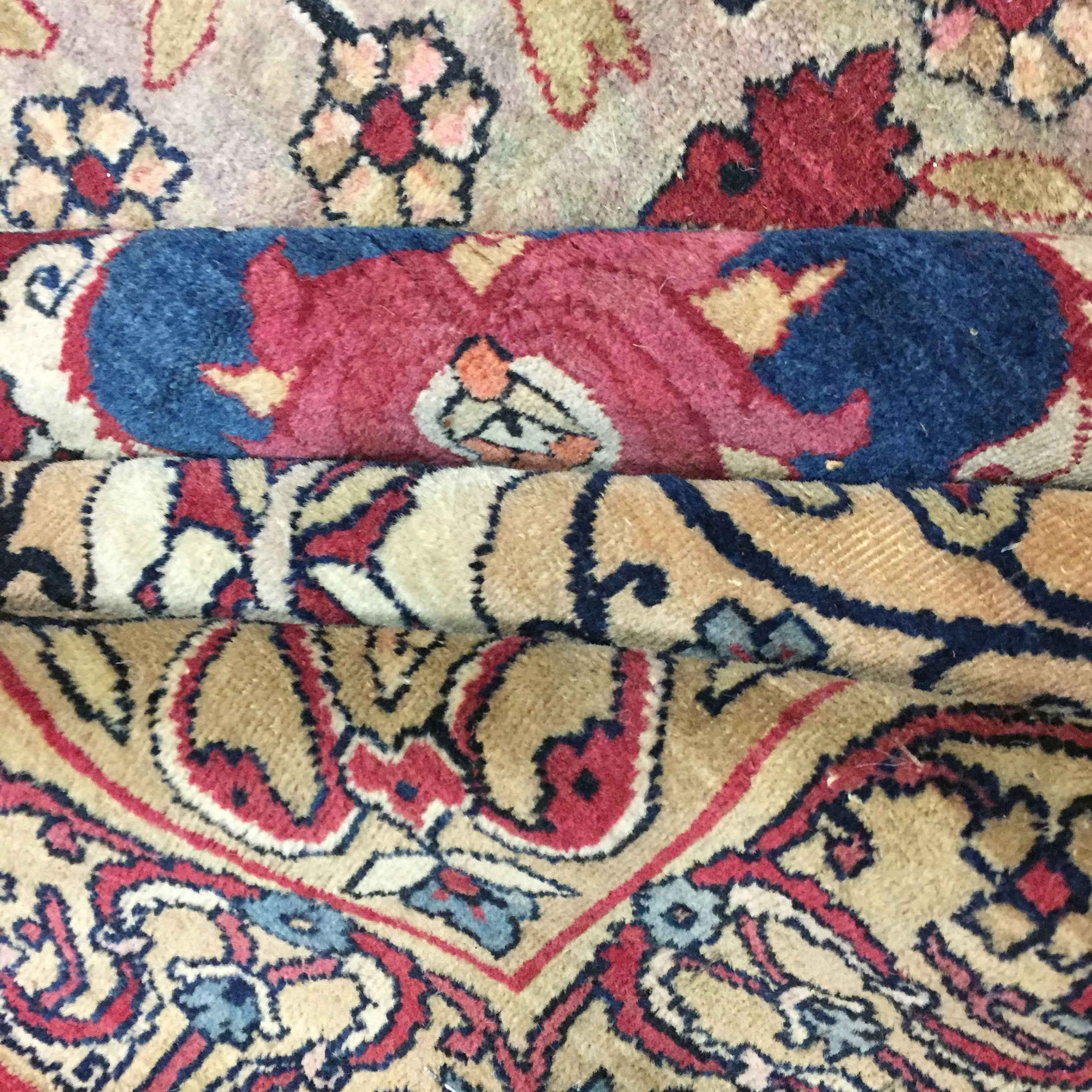 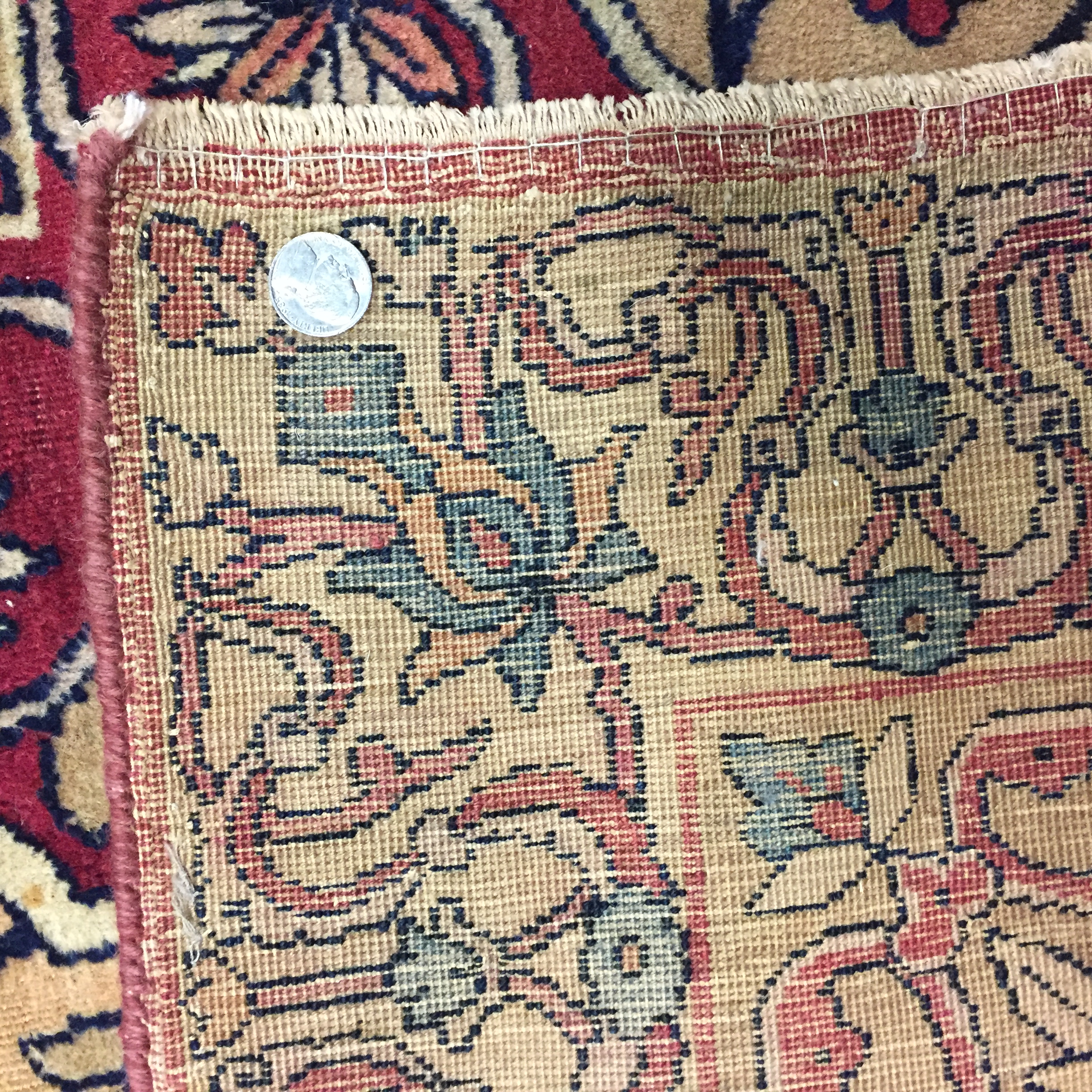 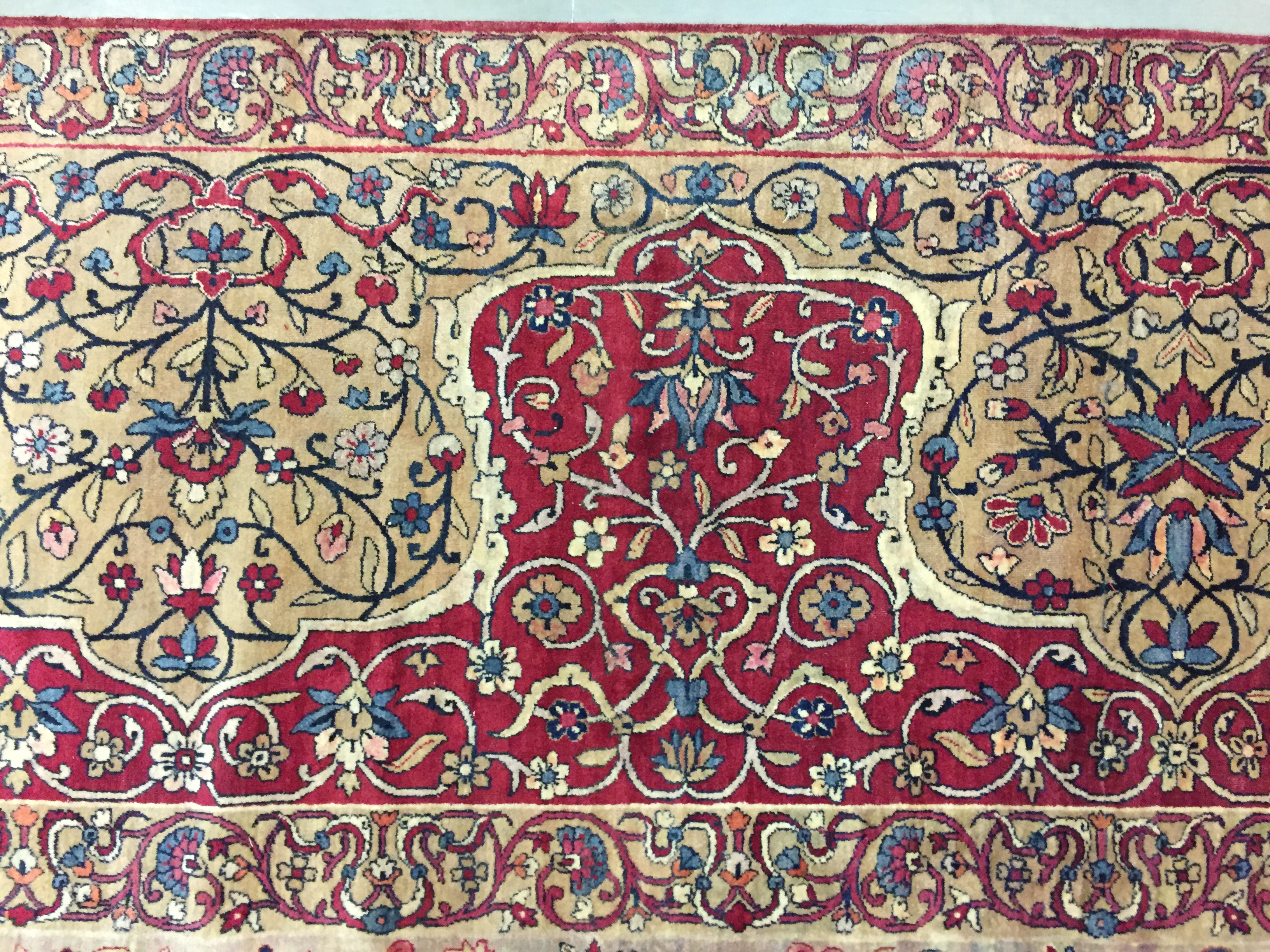 Kerman has been a center of fine carpet making in SE Persia since the late 16th century. Kerman carpet designers have always been artistically attuned to the latest developments in their markets, whether they be historicizing, as here, avant garde or independent and creative as with the 17th century “Vase” carpets. As carpets in museums were published, Kerman created attractive interpretations. The fine weave, high quality materials and well trained artisans have made the long tradition viable for over four centuries.
This oversize creation from the early 20th century rings changes on the famous “Chelsea Carpet” in the Victoria and Albert Museum in London. The abrashed mushroom field is centered by a luminous medium blue eight point arabesque medallion with four ogival pendants with cloud bands and paired birds. At each end of the field is a vase and bush. On the original the vases are of distinctly Chinese character, but here they are more Persian. Nearly bare trees, floret bearing tendrils and voluted arabesques with small palmettes add to the pattern. The mulberry cochineal red corners are filled with arabesques and mimic quarters of the medallion. The main border shows a reciprocal lappet design in cochineal wine red and straw. Cloudbands are intertwined with the vinery in both minor borders. The weave is fine on a cotton ground, with asymmetric (Persian) knots and a short pile of resilient local nomadic wool. The proportions of the prototype were longer and narrower, but here the artists have ingeniously redesigned the elements in a fitting and genuine form. The ogival pendants have been borrowed, in modified form, from other early 16th century carpets. Of course, the designers did not work from the original, but from book illustrations. The carpet was published first in the later 19th century, so our piece probably dates from the late 19th century beginning of the 20th century. The unusually wide and large format indicates a special order and we are not familiar with any other closely related example. The prototype dates from the early 16th century although some scholars have considered it Timurid, before 1500. A most ingenious, artistic and wholly credible historicizing take on a classic and this carpet is, as a result, a classic as well.