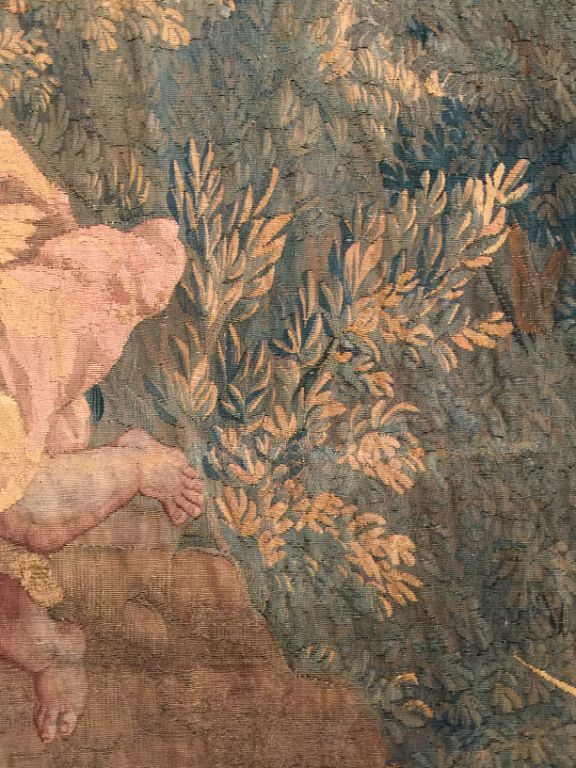 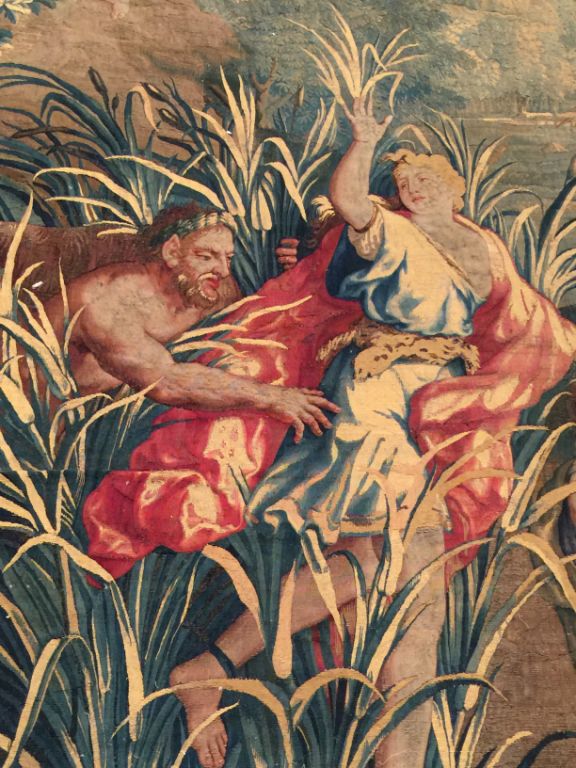 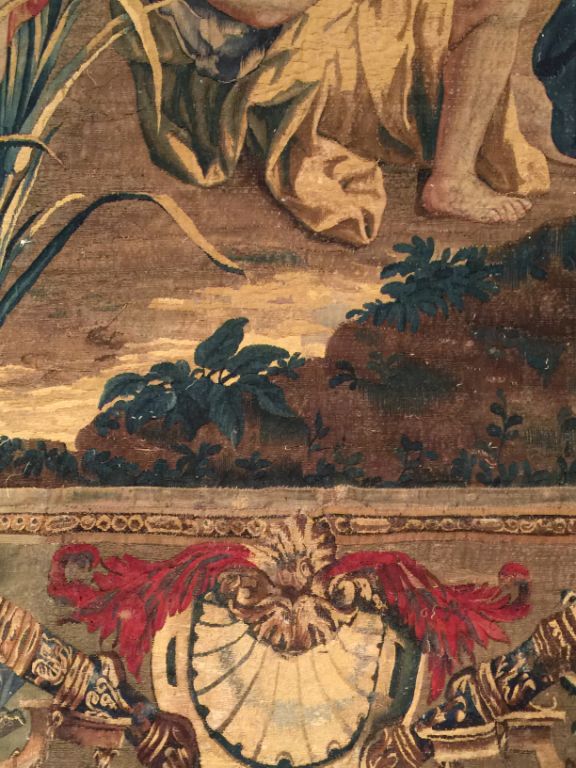 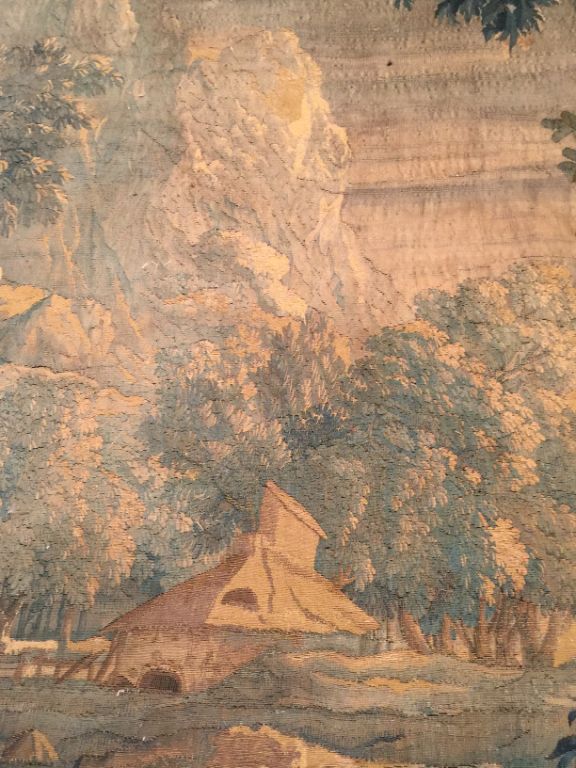 Flemish Mythological Tapestry, circa 1700. A bearded, lustful satyr suddenly erupts from a dense thicket of water reeds on the left to threaten a group of unsuspecting nymphs (along with one young male viewed from the back) taking their leisure on the nearby river bank. One nymph flees in alarm while the others display varying degrees of chagrin or amazement. Two additional boys view the scene from a ridge in the middle ground. All the figures are classically garbed in flowing draperies. Both the foreground youth and one of the middle ground figures hold staffs or oars with decorated finials. The foreground youth may be a river god as indicated by his oar attribute. The male figures all have headdresses of aquatic plants and this indicates their close connection with the river and tributary streams. A cupid/Eros figure grasping a bow flies upward and away in the upper left, indicating that any lovemaking episode will be forced at best and in no way consensual. The scene is probably too generic to assign it a particular place in classical mythology. Satyrs threaten nymphs in various scene and the designer here was intending to display a generally erotic and transgressive scene rather than a particular event. The figures are generally impassive with the exception of the aggressive satyr and the wildly gesticulating nymph. The back-viewed male is a common stock figure or design trope with origins in Renaissance arts and it continues to be one of the standbys in Baroque figural art when a river god or other, similar observing figure is required to lend an air of antiquity. In the background is a broad river with a low, rustic structure on the far bank. There is a tree branch to the right, but no framing foliage effect appears as is common as a compositional device with many tapestries of the period.
The border displays well-drawn scallop shells at the cardinal points as well as vases, acanthus sprays, torches and various Baroque design motives. The border indicates a date circa 1700, and the elaboration of the individual elements and their combination is a Brussels specialty. There are narrow bead and reel guard lines giving a mildly three dimensional character to the frame. There is no plain outer slip present with either the Brussels town mark or the weaver’s initials. The high quality, however, makes a Brussels attribution a certainty. The color palette is slightly subdued with blues, greens and ivory/beige predominating. Indigo for the blues, madder for the reds and browns, and indigo in combination with yellows are the basic dye sources. The drawing of the main scene is particularly crisp in the foreground and grows more impressionistic and sketchy as one recedes.11' wide x 10' high