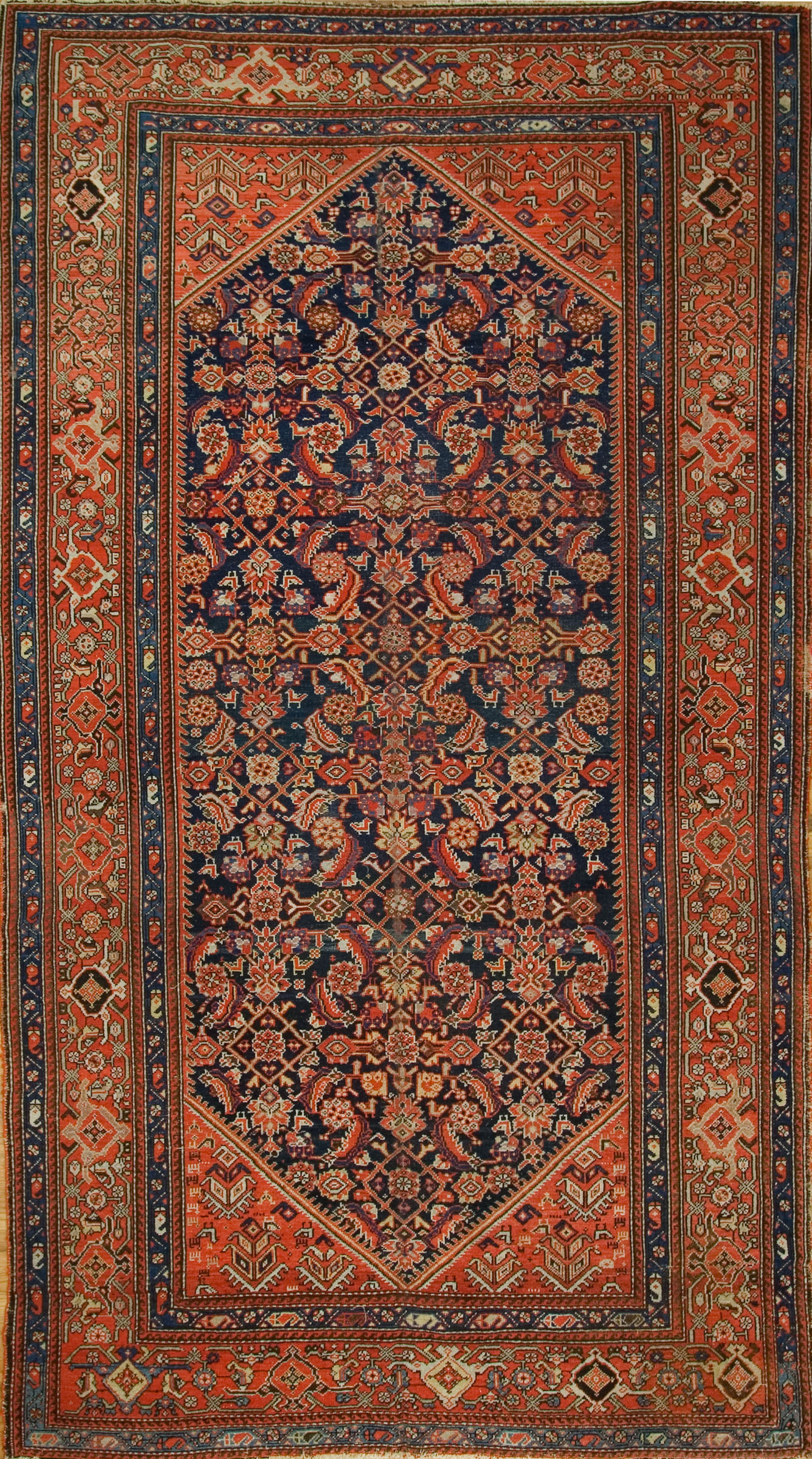 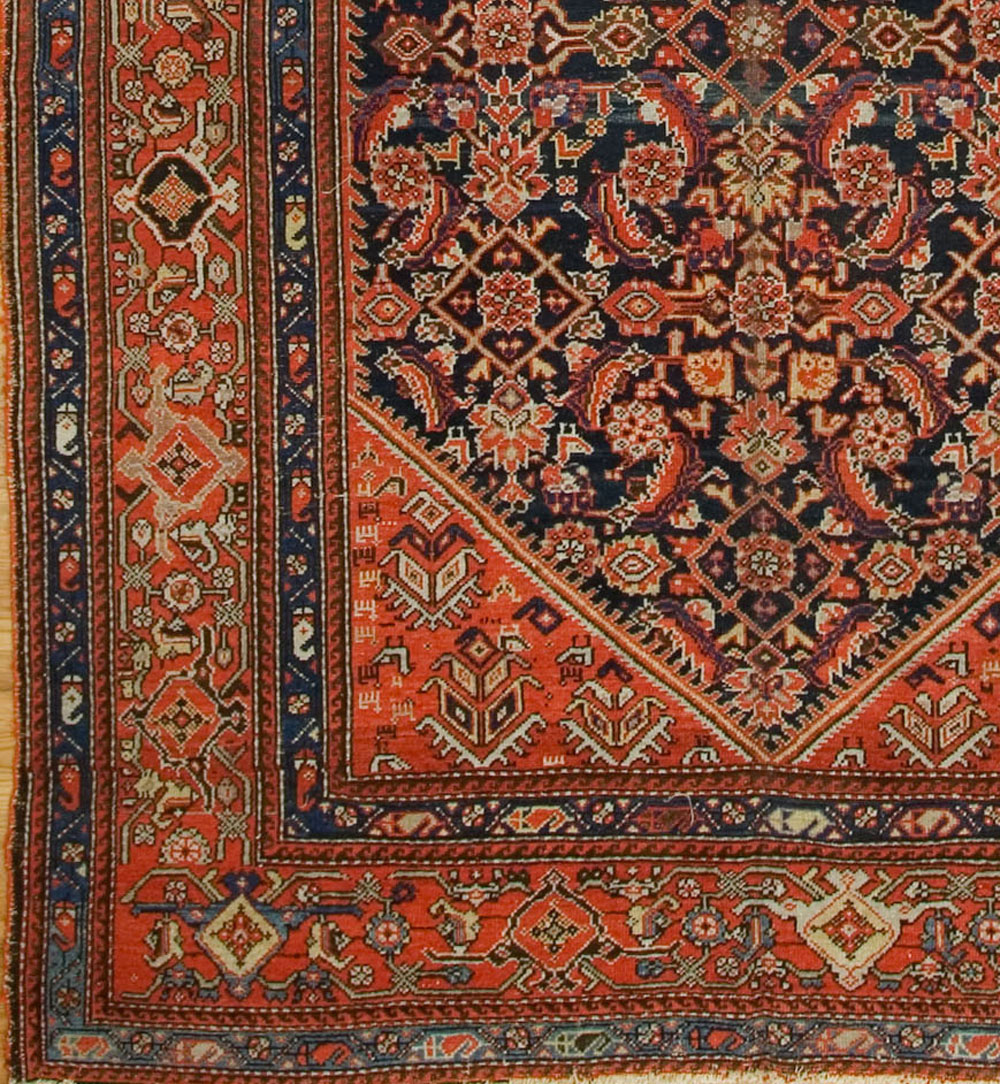 The town of Malayer, besides runners and scatter rugs, was a source of long and narrow carpets (kellehs or kellegis) for domestic Persian use throughout the 19th century. This is an absolutely classic example with the dark blue field neatly covered with a compact rendition of the herati pattern of curved leaves, palmettes, rosettes and open lozenges. The pattern stops short at the field edges, a rustic feature indicating no sampler or cartoon was used by the weavers. The triangular red corners display extremely schematic flowers in the Caucasian manner. The red main border has one of the many geometric variants on the popular turtle pattern. The dark blue guard stripes employ a boteh and clover leaf pattern. The blue is rich and deep, the red warm, the tertiary colors include ivory and light green. A charming touch are the groups of tiny animals in the corners, indicating Malayers are still rustic, village creations rather than precisely planned and meticulously executed town rugs. -